Always worth to check out: the coastline of „Cold Hawaii“. (Photo: YourYummyYou)

Hi Rasmus, you are one of the initiators of „Cold Hawaii“.
How did the whole thing start?

Rasmus: Actually it started ten years ago, when some friends and me where fighting for a surfspot called „Middles“, a windsurfspot that was endangered due to the construction of big offshore-windmeals. We wanted to protect the area and therefore we used the name „ColdHawaii“.

How did it come to that name?

Rasmus:  There have been always people that used it verbally. But then during our campaign against the construction-work we wrote it down and used it for the whole area from Hanstolm to Agger.

Those days there havent been a lot surfers here, just a small bunch of windsurfers from the 80s. So soon we started the first masterplan how we wanted to develop the whole place in terms of restarting the surf and launched small projects, everything combined with the label „Cold Hawaii“.

Sounds interesting. What kind of projects?

Rasmus: We got all the wild campers who slept in the forests back to the campsites to show the politicians that we also wanted to do something for the environment and the people of the area. Everybody was complaining, that surfers sleep everywhere but did´t wanted to pay money so we wanted to show that this aint true. So we made this campaign called „Surfer to surfer“. So every week two members of our surf club worked in shift and drove around to persuade the people that slept in the forest sleeping in the woods rather spent the nights on the campsite.

At the same time we started to run the surfshop and  also the surf school business, to make this vision of „Cold Hawaii“ more and more happen. Its getting bigger and bigger. Meanwhile „Cold Hawai“ is number 2 after Kopenhagen regarding favorite travel destinations in Denmark.

Are there more windsurfers or surfers in „Cold Hawaii“?

Rasmus: There are more surfers. Although the windsurf-crews around here exist already for 30 years. But surf itself is much bigger nowadays.

How many days per year do you find good conditions?

Rasmus: Winter is High-Season. Instead of traveling it´s better to stay home here and surf. The quality of the waves is so much better then and you don´t have to fight with hundreds of people in the water. Actually we go to the canarian island every year. But this year we´ve decided its the last time. It´s just fighting and bad atmosphere in the water. Here you can go out and don´t have any problems, what for me is real luxury. 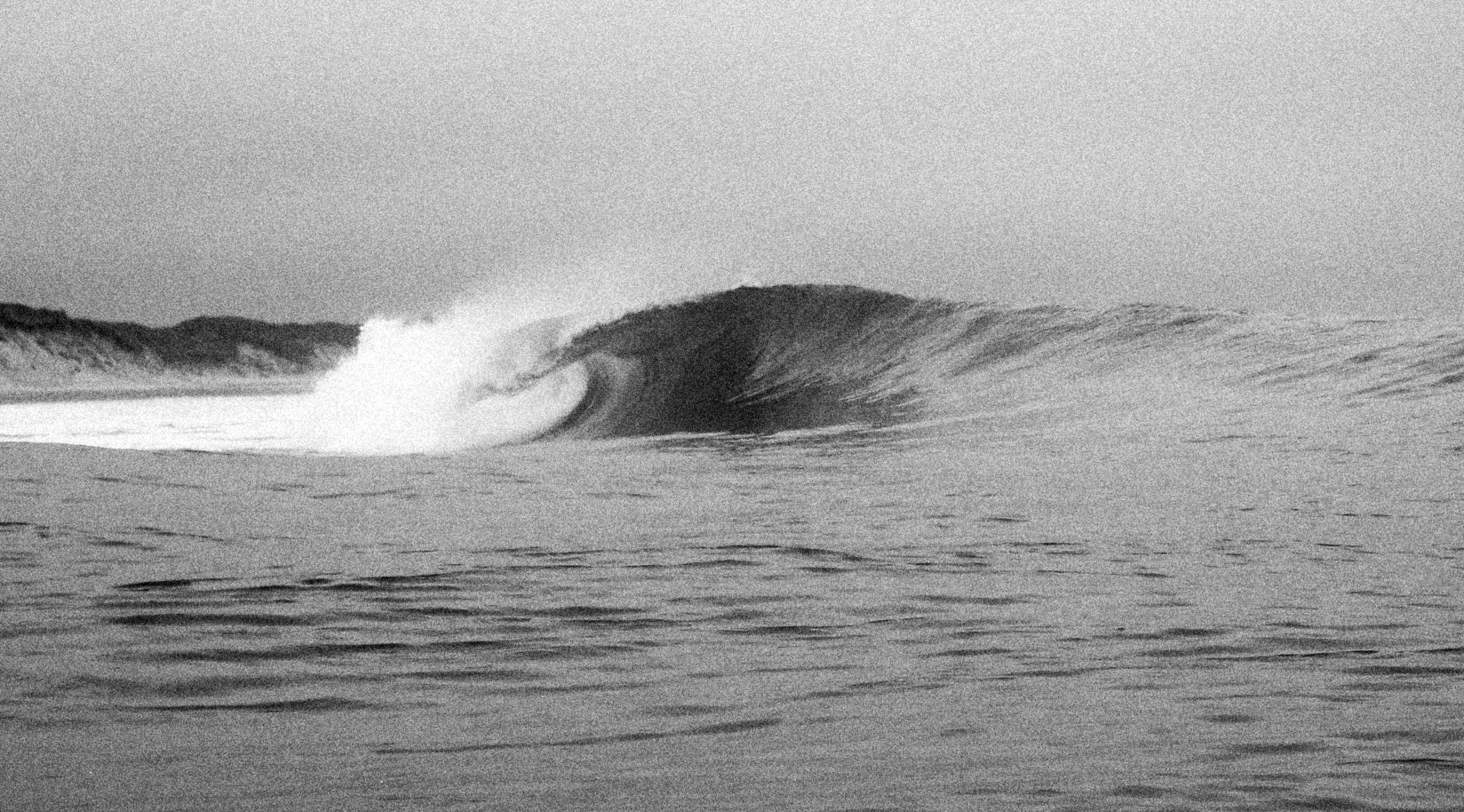 Cold and Clean: a perfect lefthander in the area of Cold Hawaii.

So you are staying the whole winter in Denmark?

Rasmus: No, we also have a surfcamp in Morocco in Tamraght, that we run in the wintertime. But anyways, if we have a good winter here in Klitmœller, you can surf perfect offshore and glassy waves 3-4 times a week. And the best thing is: you´ll share those conditions with two or three people – so you get one wave after another. (Smiles). Compared to a world-class group you would share similar waves with sixty people.

When did you come to surfing?

Rasmus: I moved up here for windsurfing fifteen years ago. But then I damaged my shoulder and my doctor said that I won´t ever surf again, so my whole life felt apart. That was in 2003. I just trained and trained and after one and a half years I started surfing again, although windsurfing was never the same for me – but luckily I found my new passion: surfing.

There are several people in this area against surfers.
Why is that?

Rasmus (laughs): I don´t know. There are always people that are scared of changes. And yes, I have a good example. There is a guy who has a fisherboat in Hanstholm who does not like surfers at all. But his son started to surf recently, so thats a huge problem for him. So yesterday both went into our shop, cause the son needs to buy a wetsuit, gloves, boots etc and you could see that he wasn’t able to stand in the shop. It was so hard for him. The son, only ten years old, for sure needs to try all the stuff, but the father urged him the whole time to be more faster. So suddenly he threw a few thousand krones on the desk and said he’s going to wait outside. Really strange.

That sounds weird. Do you have another example?

Rasmus: The lake behind the town is a part of another masterplan. If you want families and kids here in „Cold Hawaii“ you need a real safe place to stay, like the flatwater. So we´ve been fighting to get the lake open and use it for windsurfing-classes, but the old fishermens from the 90s do everything to keep the lake closed. So sometimes when we are meeting alltogehter, there are people standing up and yelling against us surfers. This is still a long fight.

To someone who has never been here before,
how would you describe the changes that took place
during the last ten years?

Rasmus: When you drive around a small town at the fresh west coast you see lots of cars with surfboards on the roof, small shops with surfgear. Nowadays it feels similar here in „ColdHawaii“ – we are a real surfing-community now – and it has not been like this before. Let´s say Klitmøller is the same old town, but the surrounding has changed. 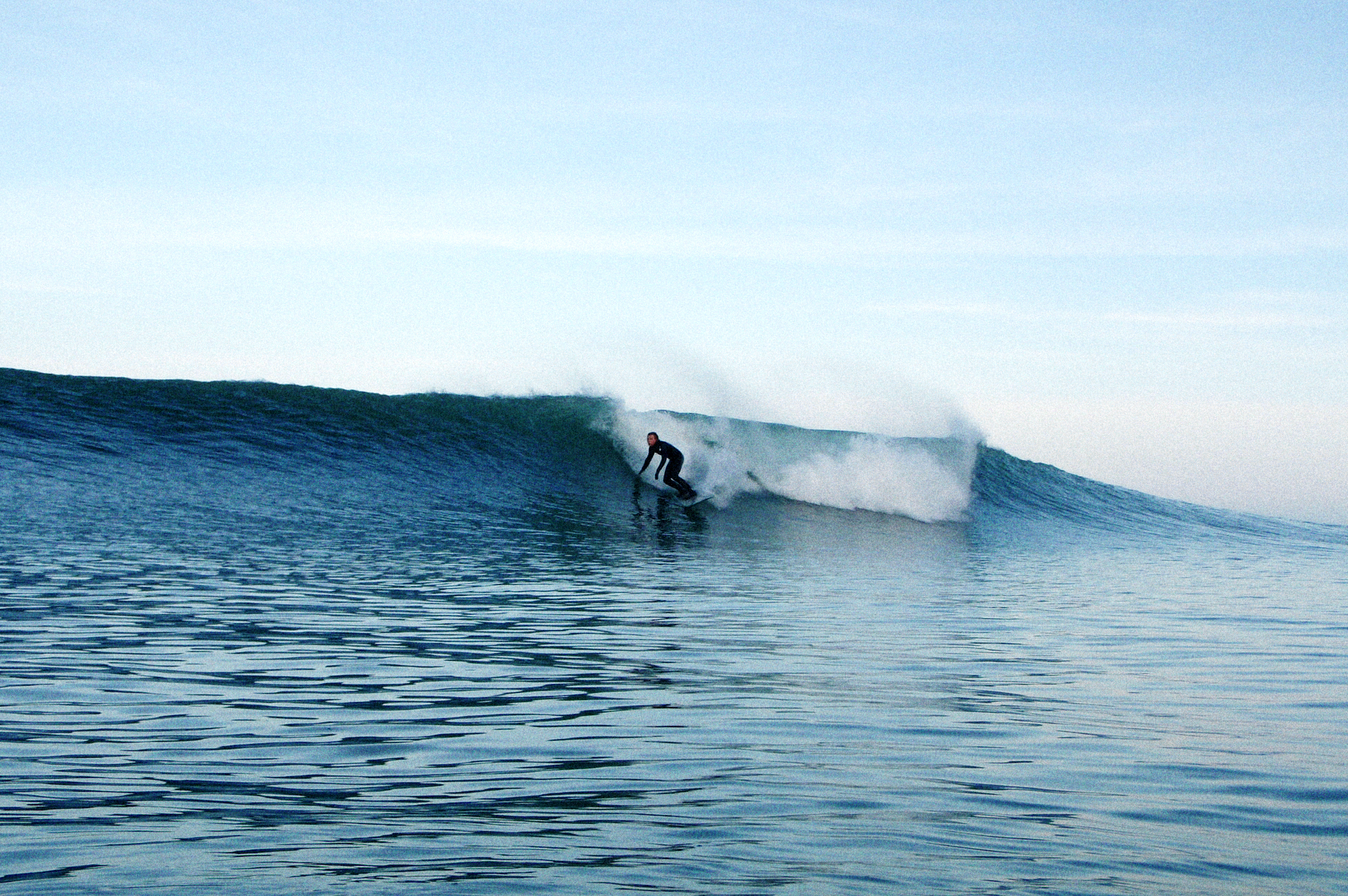 Another beautiful gem approaching the coast of Denmark.

Do you have localism around here?

Rasmus: No, not really. As soon a people act stupid in the water, we go after them immediately and deescalate situations.

If you could choose another place instead of Klitmœller,
which one would that be?

Rasmus: Norway is really nice. Or Ireland. Both have something special, like those cold winters with perfect waves and also the whole beautiful nature around.

Any expectations for the future?

Rasmus: Hopefully we will get the road next to the beach. Also we´ll put some saunas up. Our biggest problem is the temperature. So if there is something we could get the people warm, like those saunas with big windows, that would be a big plus.

Thanks a lot, Rasmus. 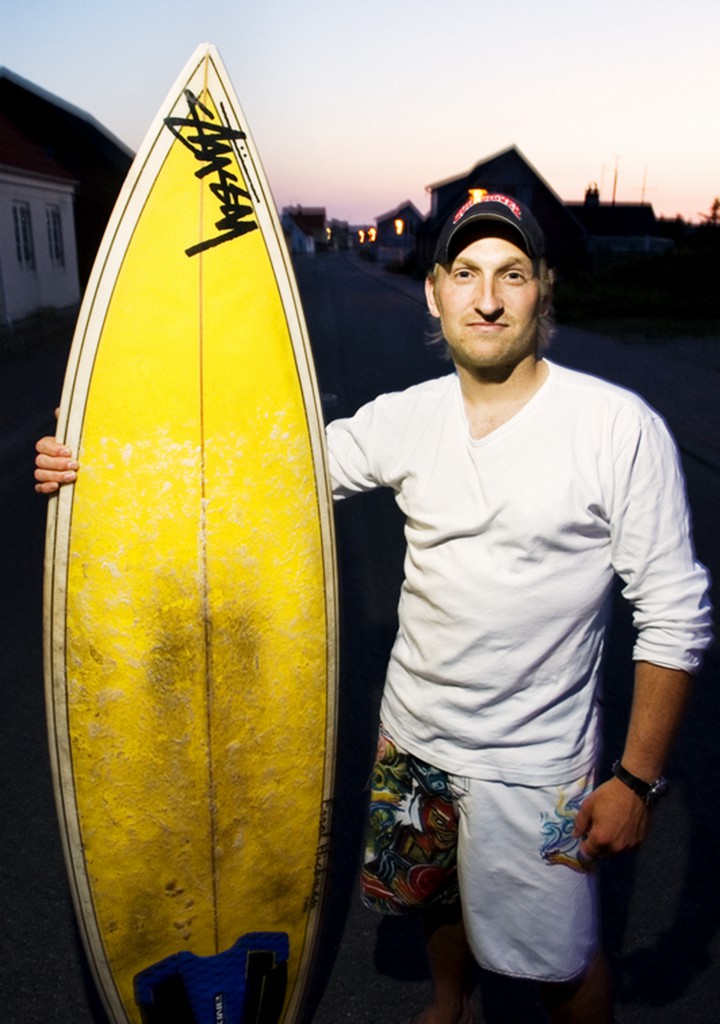 One of the first guys that started pushing „Cold Hawaii“: Rasmus Fejerskov.