…on the bright side of life: Jules Ahoi in France. (© all photos by Thomas Zielinski)

Actually descended from a landlocked country like Germany, Jules Ahoi finds himself in the lucky position to spend most of his time close to the ocean doing what he loves: surfing and making music.

His band „Jules Ahoi & The Deepsea Orchestra“ works as some kind of an amplifier that boosts Jules thoughts and experiences of a life next to the sea, making them audible for an audience of like minded people.

I have met him in France this year, where we talked about music, surfing and about how to live a more happy life.

Hey Jules, you are actually from Germany.
Now you have got the privilege to live at the Atlantic Coast. How did it come to this?

Jules Ahoi: Thats a funny story: in 2015 I did my surf instructor license in Vieux Boucau – it was a time where I actually studied but somehow knew that this wasn’t the right thing for me. I was absolutely unsatisfied with the studies and did not had any goals or perspectives.

So I asked my self: what the hell am I doing here? Why do I study something I don’t really like and why am I not just doing music or go surfing – something that I really love? Then things just clicked and I stayed.

I met a nice girl, and so it sort of come together: the girl, my approach to life which inspired me a lot to write lots of songs.

So where are you living directly?

Jules Ahoi: Last year I still used to live in my camper van which I parked in the dooryard of my girlfriends house in France. And yes, our relationsship got more and more seriuos and so we live together now. 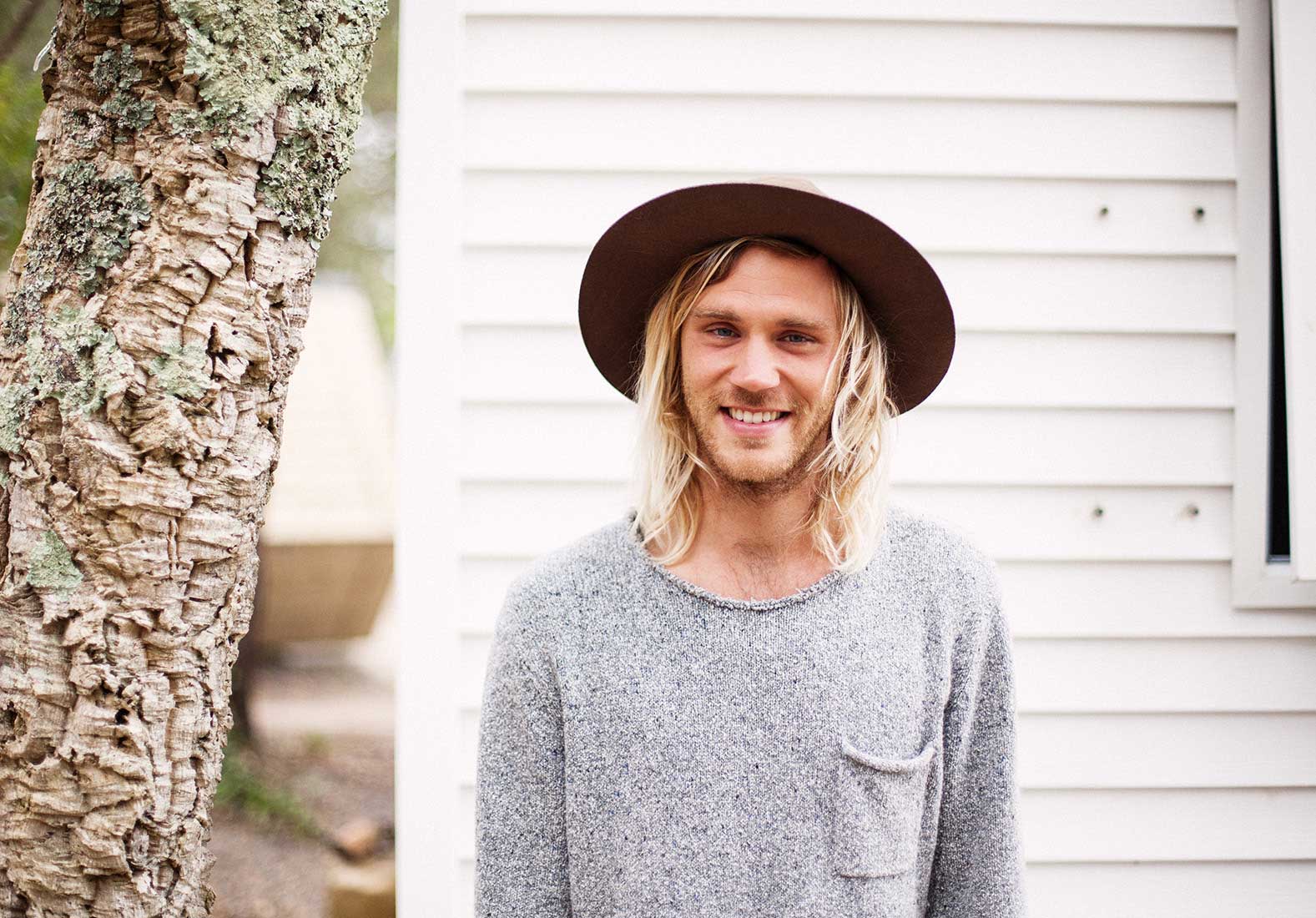 When did you start doing music?

Jules Ahoi: From my first conscious thought on I am doing music. It always have been something that filled me with joy and inspired me.

I have always been musical, so my mother dragged me to the piano classes at a young age, where I needed to go, although I didn’t liked that. But then finally I was allowed to take drum lessons, which to me has always has been a dream.

So then I played in punk bands, did hip hop until I bought myself guitar. Always wrote songs. Was always something that I was able to do.

So from this year on, I decided to just keep on concentrating on that – doing music – and trying to make ends meet.

You are living in France. The rest of your band in Germany. How does it work out with rehearsals?

Jules Ahoi: That´s some kind of a stressful subject, cause I am driving forth and back. Once a month I am in Germany to rehearsal with my band, to record new material, doing interviews to push the whole thing forward. I discovered the TGV for myself, where I can do a trip to Germany for about 50 €, which is amazing. 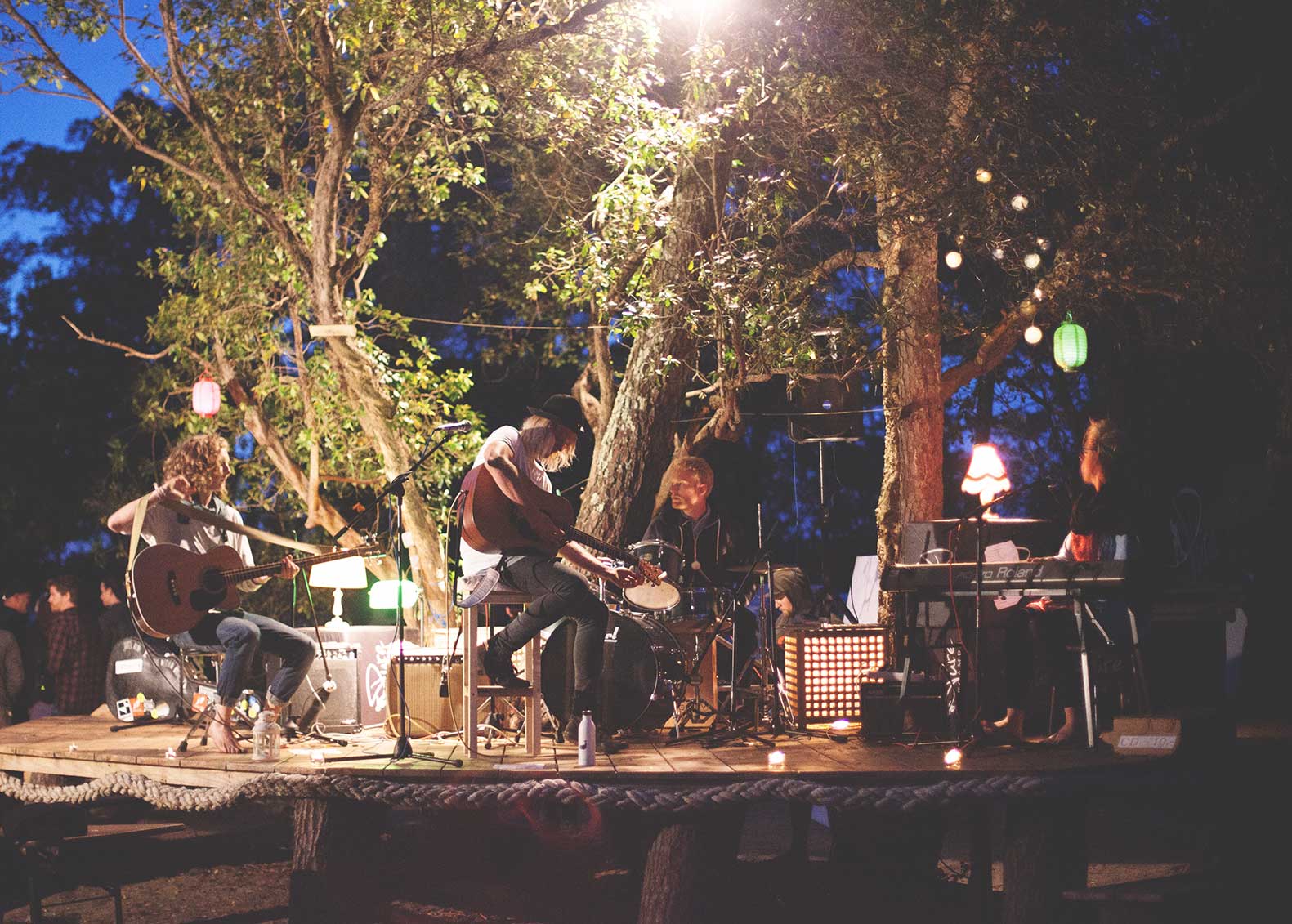 Jules Ahoi & The Deepsea Orchestra performing at the Pines&Beach-Festival in France.

What are your musical influences?

Jules Ahoi: I think my biggest inspiration comes from surfing – from the whole lifestyle that comes along with that. It comes from the ocean, from being around the ocean.

Besides that I love Eddie Vedder, he is a real storyteller. But there is no favorite artist on which I am orientating myself – I listen to everything and try to grab the quintessence of those lot of different pieces of music.

But if I was forced to decide for a favorite band it would probably be THE POLICE, who I listening for ages.

What do you think about streaming services
like Spotify for example?

Jules Ahoi: Thats a difficult subject. Particularly for artists who depend on the money to survive, the whole matter has to be regarded critically.

But for upcoming artists it has lots of advantages. It has never been that easy to get an audience. All the labels, all the scouts of the music-industrie are checking new artists on Spotify – so actually you really need to be there as a newcomer, even if you don´t really want to. 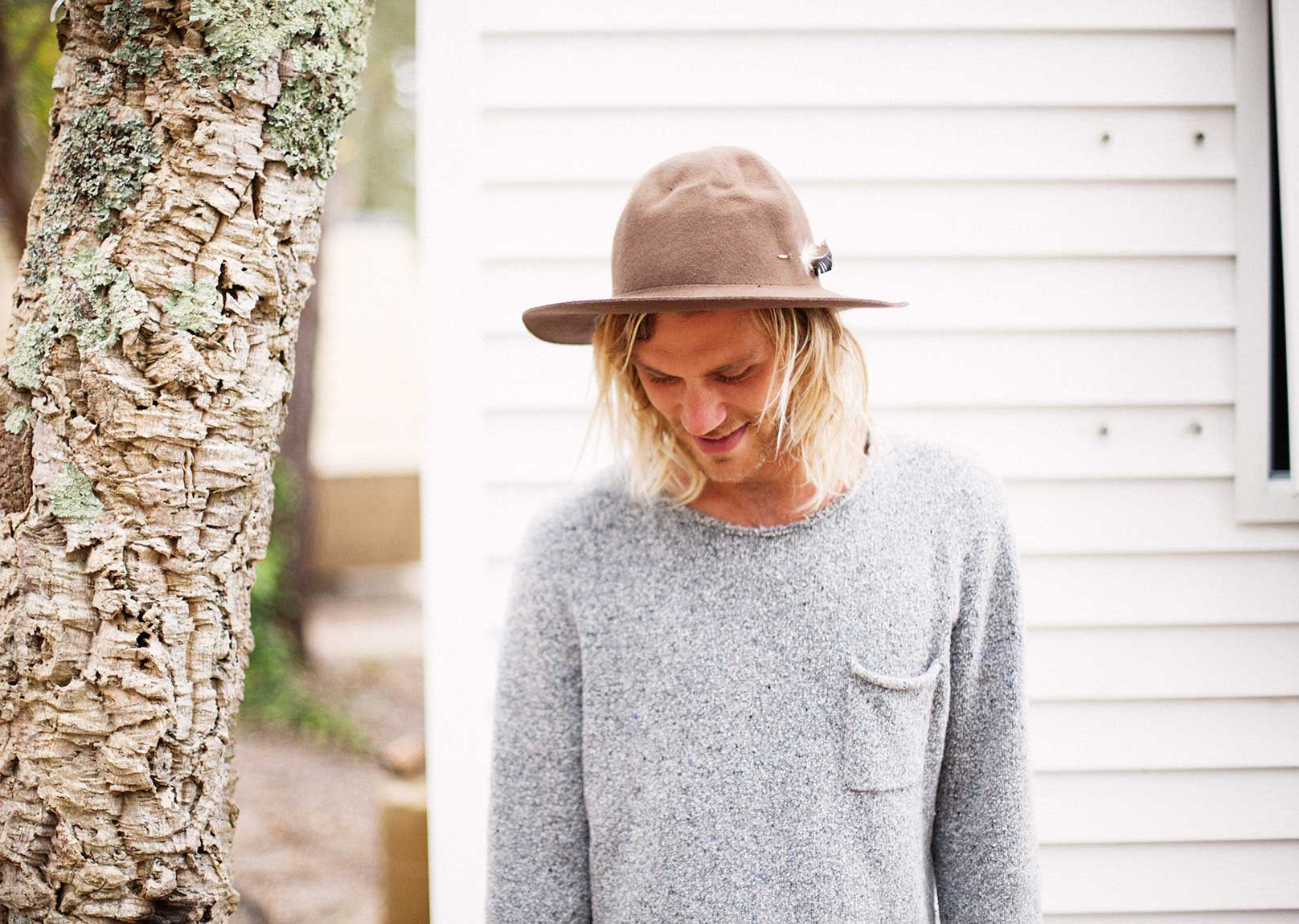 Can you tell us about your creative approach
on writing a new song?

Sometimes I wake up in the morning and there is a melody in my head without knowing where it comes from. I write it down and check my notes, if there are some texts that would fit to that.

But most of the time some phrases or methapers come to my mind, that I would like to unveil in front of the world. So I write them down and try to build a song around those words.

When I was doing music I used to have melodies
in my head, that I immediately hummed into my iphone.
Do you know those awkward situations?

My iPhone is full of memo notes with hummed melodies, chord sequences or song lines that come to my mind in the most unusual situations.

Mostly it´s happening when I am filling up my car. (Laughs)

I can´t live without the ocean, so I adjust my whole life accordingly. To me surfing is not just a hobby – it´s a part of me.

There is nothing more important to me than the ocean. It´s the source of my inspiration, the place where I can be myself, where I get grounded again.

What´s your most favorite surfspot?

Your are living some kind of a dream.
Do you have any advice for the readers
of GET WET SOON?

Jules Ahoi: Listen to yourself.

Bring in question what is going on in this world at the moment.

Ask yourself: am I really happy? And if the answer is no – think about what you can do, to get happy. Go your own way. Do what you like to do, even if its not easy in the beginning. You can´t compensate the benefits you´ll get with all the money in the world.